Many of our posts are focused on classical languages, but material culture is an equally crucial part of understanding antiquity. In this guest post, we introduce the science of stratigraphy the way that most non-archaeologists are likely to see it: through the Harris matrix.

Have no idea what we’re talking about? Read on!

In 1973, the British archaeologist Dr. Edward C. Harris created a valuable tool capable of establishing a diagram that represents a sequence of time for an archaeological site. This system is known to us today as “The Harris Matrix” or “Winchester seriation diagram,” and starts from the basic ideas that (1) any archaeological site is stratified [Ed’s note: that is, that it has visible layers that correspond to historical events], and (2) any archaeological stratification is unique and formed by units of stratification. These units can be single 3D volumes (deposits) and other 3D surfaces such as pits, ditches or walls. The Harris Matrix shows the relative position and stratigraphic contacts observable among these stratigraphic units or contexts.

Harris’ book Principles of Archaeological Stratigraphy highlights the chronological and structural development of stratigraphy throughout history. For the first time, archaeologists were provided with a method of analyzing stratigraphic sequences in the form of a visual diagram. Every single stratigraphic sequence is formed by deposits in the reverse order to that in which they were formed. That is, the earliest deposit is at the bottom and the most recent is at the top.

During the excavation process, all units of stratification—or at least most of them—must be destroyed or removed as the excavation progresses. [Ed’s note: this is why you’ll hear that archaeology is destructive, even in a scientific excavation.] It is therefore fundamental to document them by recording not only their physical and spatial properties, but also their stratigraphic relations. The Harris Matrix was created in order to fulfill this last requirement, as Traxler and Neubauer pointed out:

The Harris Matrix is the fundamental diagrammatic representation of time for an archaeological site. It displays all uniquely numbered units of stratification in a sequential diagram, which represents their temporal succession. It provides the relative calendar which is the testing pattern for any further analysis (1).

Once we have pointed out what the Harris Matrix is, certain basic notions of archaeological stratigraphy must be ironed out in order to understand why this diagrammatic tool always seems to work. Specific laws regarding the positions of layers of strata were established from the mid-19th century onwards. (2) Although apparently fundamental in nature, these laws standardized the understanding of stratigraphical units within a site and help archaeologists understand how each distinctive layer was created and relates to one another throughout geology and time. 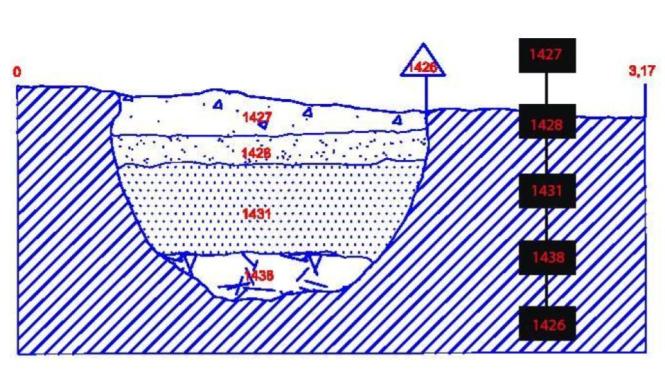 [Ed’s note: if you’ve never seen one of these before, you should know that a Harris matrix is a section. That is, it’s not drawn from a bird’s eye view, but as if you sliced the archaeological site vertically from ground level to bedrock. You might want to think of this as the difference between these two views of an apple: 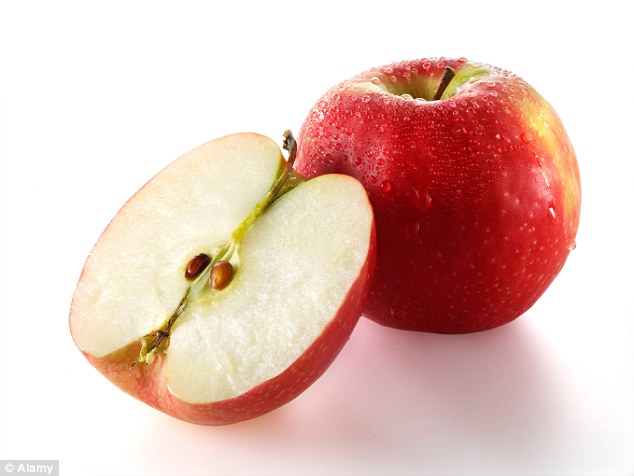 The one on the left is a section.]

The Law of Superposition indicates that within a series of archaeological deposits, the lower deposit always predates the one positioned above it (see Fig. 1 above). This means that regardless of the agent of the deposit (i.e. by man or nature) the upper layer is younger than the pre-existing lower layer. In other words, a priori (exceptions exist) the further down you dig, the further back in time you go.

The Law of Original Horizontality maintains that the layers deposited in an unconsolidated form tend to form horizontally (in Fig. 1, the form is consolidated by the excavation of whole SU [stratigraphic unit] 1426). Thus, strata found with a skewed level are positioned the way they are because that is how they were originally deposited or relate to the pre-existing deposition.(3)

The Law of Original Continuity deals with the edges of a deposit: it says that edges are either slanted down to a feather-edge, or subsist in a vertical position when part of its original form has been removed. If a part has been removed, an explanation for obstructing the original continuity must be sought. [Ed’s note: in the above image, for example, there is a hole in SU 1426.]

The Law of Stratigraphical Succession claims that a unit of archaeological stratification belongs within the system of other layers that are physically connected. Thus, a unit of stratigraphy can be understood based on its position between the earliest unit lying above it and the oldest unit lying below it. [Ed’s note: in other words, stratigraphy is relative.] This law ties together the previously mentioned principles and what is more important is that it calls into account the need for a visual diagram of these stratigraphical relationships, the Harris Matrix.

Two further concepts are also important to understanding the Harris Matrix: stratigraphic and temporal relations. The first states that only three possible relationships can occur between units of stratification: 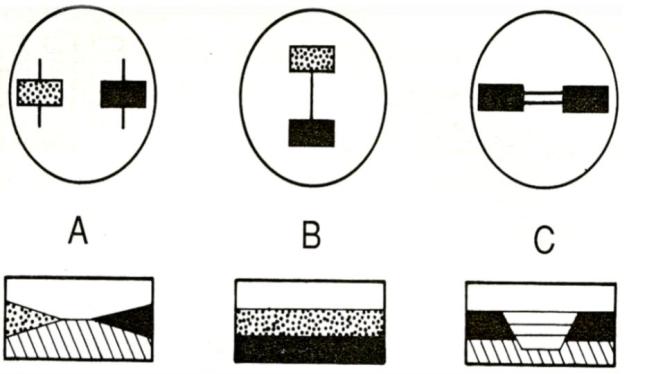 Fig. 2: An example of the three stratigraphic relationships that the Harris Matrix system recognizes. Figure from Harris (see note 2), p. 36.

In the same way, there are only three kinds of temporal relations between two units of stratification (let’s call them 1 and 2): 1 is later/earlier than 2; 1 is contemporary of 2; the temporal relation between 1 and 2 is not known.

Material culture of any kind—soil samples, plans, sections or other information—and observations stored in databases by archaeologists will always relate to the individual units of stratification. At the same time, each of these units will always follow some of the stratigraphic and temporal relationships stated above. Therefore, each unit receives a unique number or identifier (as in fig. 1), which transfers to individual finds, site plans, sections, etc. These numbers allow us to represent the relative temporal relationship of an entire site by means of a Harris Matrix.

(2) All of the following laws are adapted from Harris, Edward C. 1989. Principles of archaeological stratigraphy. 2nd ed. London: Academic. 31-32.

(3) [Ed’s note: imagine a layer cake. When you cut into it, you have perfect lines of cake/frosting/cake/frosting, and most of the lines are straight. This is an ideal horizontal stratigraphy. 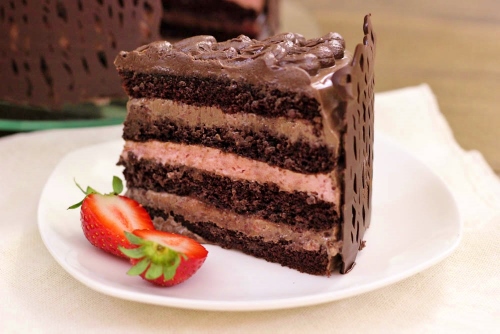 Now imagine that your cake didn’t turn out perfectly. The tops of the cake weren’t even, so you have more frosting in some places than others. Or you put other pieces into your cake. 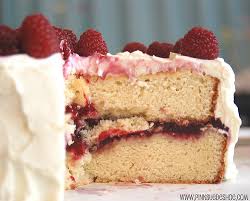 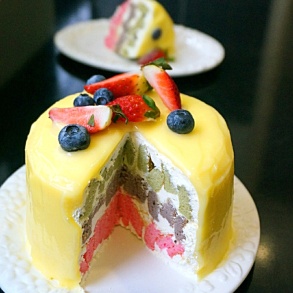 That’s what stratigraphy looks like in the field. In these pictures, the breaks between cake and frosting indicate stratigraphic units.

One thought on “Help with archaeology: What is stratigraphy?”